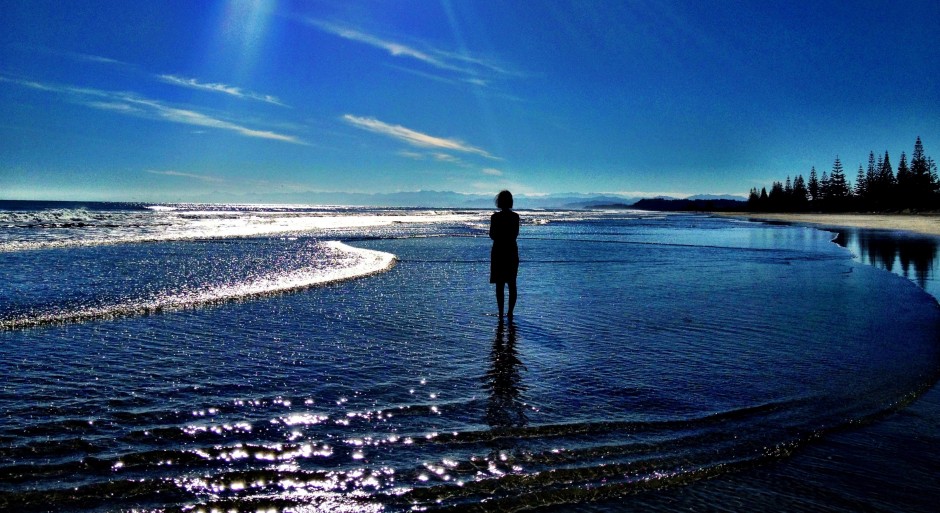 “I have no mother no father

No sister no brother

I am an orphan girl”

I’ve always known I was ‘adopted’. Before I even knew what the word meant, I knew the word. And that it applied to me. And not to other members of my family. I was special. Different. 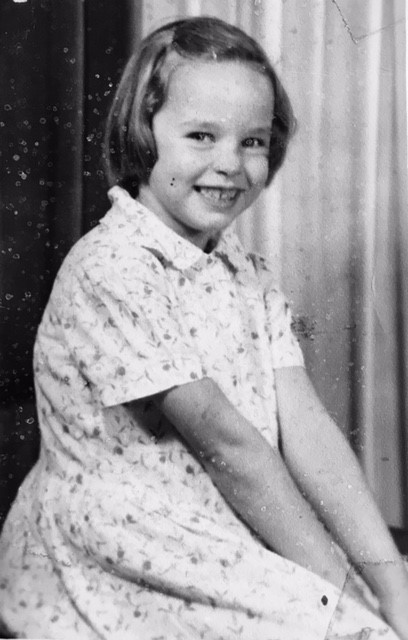 It was in the 1940’s so mine was a ‘closed stranger’ adoption; meaning that the birth mother and the new parents were anonymous. I was informed ‘It was better that way’ when I was old enough to begin asking questions. I was told I was born in ‘Kai’ (the small coal mining town of Kaitangata) and had been ‘adopted out’ at 10 days old; given into the care of my adopted parents and brought to live with them in Milton. Well, that settled that. Conversation closed. The curiosity I had about who my ‘real’ parents were, went underground and became part of a fantasy world I created and inhabited.

Turned out I wasn’t the only adoptee in the village. There was another kid in my class at Saint Marys Primary School. Kevin R. The kids whispered about him being ‘adopted’. They’d overheard their parents discussing it. Apparently he didn’t know he was adopted so no one was allowed to speak of this in front of him. He had a younger brother who was ‘real’, which I took to mean, Kevin wasn’t. I was there the day he was outed. We were in the classroom. The look on his face was fucking heart-breaking.

I wasn’t real and I knew it. I adapted myself to behave in a manner I thought was expected of someone who has been adopted; appearing grateful I had ended up living in this family and not in some awful Dickensian Orphanage. Now, no one had ever voiced this to me, the parents were loving and funny and seemed happy I was part of their life, however, the story I told myself was, if I stepped too far across the line, if I showed myself,  then ‘I would be sent back to the orphanage’.

I sought refuge in books and stories. Reading everything that was in the house and/or standing sideways on a kitchen chair so my ear could reach the mantelpiece where the wireless was perched. And my mother used to tell me stories. One in particular. Hansel and Gretel. A story of abandoned children, which I was familiar with having read it to myself many times. Her telling was different though, with a variation on the ending that went like this. “And they were poor little orphans, just like you”. I cried every time because “I have no mother, no father, no sister, no brother, I am an orphan girl”

Or so I thought…

When I was fourteen or thereabouts, I began to notice boys. On time and on target. My girlfriends and I were issued with a warning from the parents. Under no circumstances were we to have anything to do with “the Kai Boys”. They were a group of slightly older guys from Kaitangata. They wore leather and their hair was carefully combed. There was Brylcreem involved, and a ‘Ducks Arse’ or two. They travelled two to a motorbike or squeezed into a Ford V8 Coupe. Cruising slow and low up and down the main street of Milton on Friday nights. Late night shopping. Darkness. Cigarettes. People. Lights. Petrol. Fish and chips. We girls perambulated Queen Street in our short skirts and pretended not to notice them as they cruised by, which had its downside because I wanted to have a really good gawk at them and see what all the fuss was about.

Then, at local dances, the ‘Kai Boys’ began to come and say hello, very friendly and solicitous. I uneasy in their presence, thinking I was unworthy of their attention seeing as I was a late developer in the breast department, and having been warned they “were only after one thing”. What could they possibly want from me? My people pleasing behaviour was well entrenched, so I did my best to appear casual and friendly despite the inner discomfort. There was one in particular, Winnie. Softly spoken, he seemed kind and was shy like me. He used to say I was his sister, which I took to mean he liked me like a sister, and that took the pressure off. The others would refer to me as Winnies’ sister too. It became a thing.

One day, at the dinner table, I said to the parents “Winnie F… always tells people I’m his sister”. Well, you can imagine how that went down.  ‘What are doing talking to him we told you to keep away from them they are trouble and are up to no good don’t believe anything they say they are not to be trusted don’t talk to him or any of them again’.

So I went underground. I used to see TKB’s around at the dances and always Winnie would seek me out and ask me how I was doing, and when they weren’t outside swigging from a flagon of beer or something, the others would gather near me. When guys my age showed any interest in me, approaching to ask me to dance, say, they gave him the once over and had a word. Like brothers. Which didn’t do much for my popularity with boys my age. It was kind of nice and annoying at the same time.

A year or so passed. I would see TKB’s fairly regularly and had graduated to riding in one of their cars when I was supposed to be staying with friends; being driven to Dunedin or into Central Otago. I felt out of place but that didn’t stop me. I was used to feeling that way. Then one time we went to the Alexandra Blossom Festival and I drank ‘Screwdriver’, which is vodka mixed with a garish orange cordial and diluted with lemonade. I’d previously had sips of beer, with no desire to have more. Not like this.  Although the ‘Screwdriver’ tasted horrible, the effect was amazing and I felt like I had arrived home for the first time, just as I had imagined ‘real’ families, with brothers and sisters would. I wanted more.

Around about this time I dared to raise the ‘Winnie F… still tells people I’m his sister’ thing. This time I was met with silence. Then the next day we had ‘the talk’. You know where I’m going with this right? YES! ‘He was my brother they’d known it all along and thought they were doing the right thing not telling me and realised this was the time to tell me and they were sorry and he was welcome to come by and visit and it was okay for me to spend time with him now that it’s all out in the open and so on.’ Though not familiar with this expression at the time, my internal reaction to this news and the implications, can be summarised in this simple sentence. “What the actual fuck?” I confided this earth shattering news to my friends mother and she said “Oh yes, we’ve always known you’re Mona’s daughter. You look just like her.” Again. WTAF!! 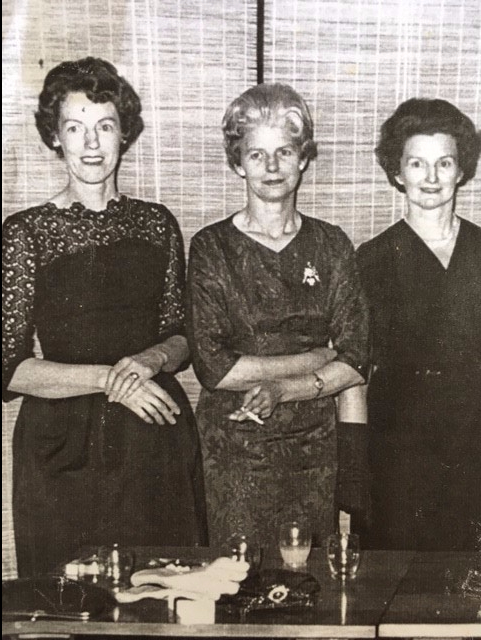 Mona and the sisters

So, long story short, next time I saw Winnie I told him I knew and we talked and he told me he had been raised by our mother and grandmother in Kaitangata, a mere thirty minute drive from Milton. He offered to take me to meet the mother (Mona) sometime if I wanted. We regularly spent time together and once I did go with him to meet the mother – it didn’t go well – she was married and had two sons and hadn’t told her husband about my existence – she wasn’t pleased to see me. Anyway, that’s another story.

Shortly thereafter I left the country, and then I left the planet via the alcohol and other drug route. I drove myself nuts. It took a long time to come home to the present moment.  In the early nineties, with a few years of recovery under my belt, I put the feelers out and was told Mona had passed away and Winnie had gone AWOL. Last heard of in Australia. No one knew where. Well that was that.

Enter the wide reach of social media via ‘Crackbook’. Last year I received a lovely message from Winnie’s daughter-in-law. Seems that he’s not known by that name anymore (no matter) and lives in Sydney with her and her husband (my nephew) and their children. And he is keen to meet. So in a couple of weeks when I’m visiting Sydney, I’m going to get in a car with my friend John and drive West to see my brother. I can do this. The journey continues.

“No one you have been and no place you have gone ever leaves you. The new parts of you simply jump in the car and go along for the rest of the ride. The success of your journey and your destination all depend on who’s driving.”

← Desire
Sing Me Back Home →