In order to age with grace, a modicum of emotional maturity is required. I did not always have this to hand. After putting down substances, I was left with the swirling fears and self-doubts I had been attempting to keep a lid on, one way or another, throughout my life. In a creative, yet unskillful attempt to avoid reality, I latched on to a brilliant distraction. Mood altering shopping.

It began innocently enough, as these things do. It was fun, shopping with the girls, sussing out the sales and making friends with the people who worked in the clothing shops. This gradually morphed into what we did for recreation; coffee and shopping. Movies/galleries dropped off. We went instead to Ponsonby Road for a ‘high end’ troll. Or to a mall, for a mauling. All those lights and bright colours and noises and perfumes. Nausea inducing. I had to build ‘mall’ tolerance in small doses. Just as I had to teach myself to smoke cigarettes as a teenager, hoping to be seen as sophisticated, like Audrey Hepburn. Both the smoking and the mauling made me feel sick and woozy and I had to have a lie down. I’m certain Audrey never needed to have a lie down after a cigarette. She had a cigarette holder, and perhaps a personal shopper? I did consider the latter as a potential career move during the time of which I am writing. But I digress…

Compulsively buying clothes I couldn’t afford, meant spending money I didn’t have. That was easily solved with a credit card. Free money you know. It was a blast while it lasted. I slipped into a cycle of ‘buy/max it out/pay a chunk off/blessed relief/spend it/max it/pay it/relief/buy more shit/and so on…’ 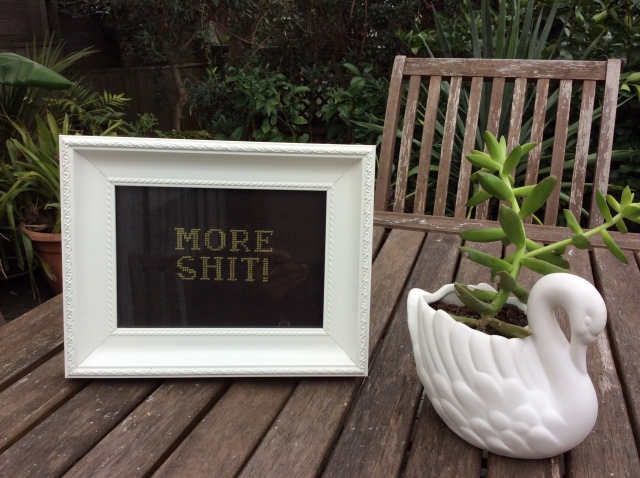 I had crossed the line from fun to fucked. I was drunk. Like Patsy, from Ab Fab, there was no such thing as ‘too many’. I oftentimes didn’t know the current object of craving even existed 60 seconds prior to the awareness that my life would never be complete without it. I would buy it. The world swooned as I went up, then crashed around me over the next few hours/days as I fell to earth and into a deep shame hole, realising I had spent the bill money. Again. The shame meant I couldn’t possibly wear the garment. This was solved by putting it in the back of the wardrobe out of sight until I was able to look at it without feeling nauseous. Oh the insanity.
In an attempt to moderate (as you do) I decided to buy only from Op Shops. There is nothing like the thrill of the bargain. I once scored a pair of Dirk Bikkembergs boots for $10 from the Ponsonby Hospice Shop. $700.00 worth of stylish leather right there, for a tenner. Bam!!! A perfect fit. Like my first hit of cocaine.

Despite spending less, I ended up feeling just as shitty. Disconnected from myself and others. Obsession had me in its grip and I didn’t want anyone to know I was feeling out of control. Others looked as if they were managing. And they looked so fine in their Zambesi and Nom d.

The compulsion to shop was killing my spirit. Any creative energy was used up with managing the crises generated by my behaviour. When I woke in the wee hours I would be instantly alert and worrying about money, relentlessly judging myself. Anxious and afraid of what was ahead as I aged disgracefully.
It bought me to my knees. What the hell was I going to do though? People share openly about their addiction to substances and/or sex and gambling and food, which can offer connection and hope to the listener. I certainly didn’t know anyone who spoke about this manifestation of addiction. I journaled and I prayed for help. I found “The Money Drunk” and read it from cover to cover. There I was. It basically said I had to start talking about this shit. To show myself some mercy. I began opening my mouth and guess what? I wasn’t the only one. There was support and hope. So maybe I wasn’t going to live into my old age, still in the clutches of obsession, eking out my ‘Super’ with little left for light and warmth?

These days I am learning how to purchase differently. Not as a recreational activity. Recovery doesn’t mean I have to shop at the Shanton (not that there’s anything wrong with that – I’m just not that into it). It means learning how to identify what I want/need, plan, choose wisely, and enjoy the experience. It does mean being present to what is here now rather than habitually creating a story about how worthless I am. Emotional maturity is accepting feelings as they arrive, tenderly letting them go and facing into the next moment. Outsides matching insides. We all live with fears and self-doubts. Not just me. Thank the baby lord for the leaks and the cracks. That’s where the light and grace shows.

Join 1,339 other subscribers
Follow Ageing can be a BITCH on WordPress.com